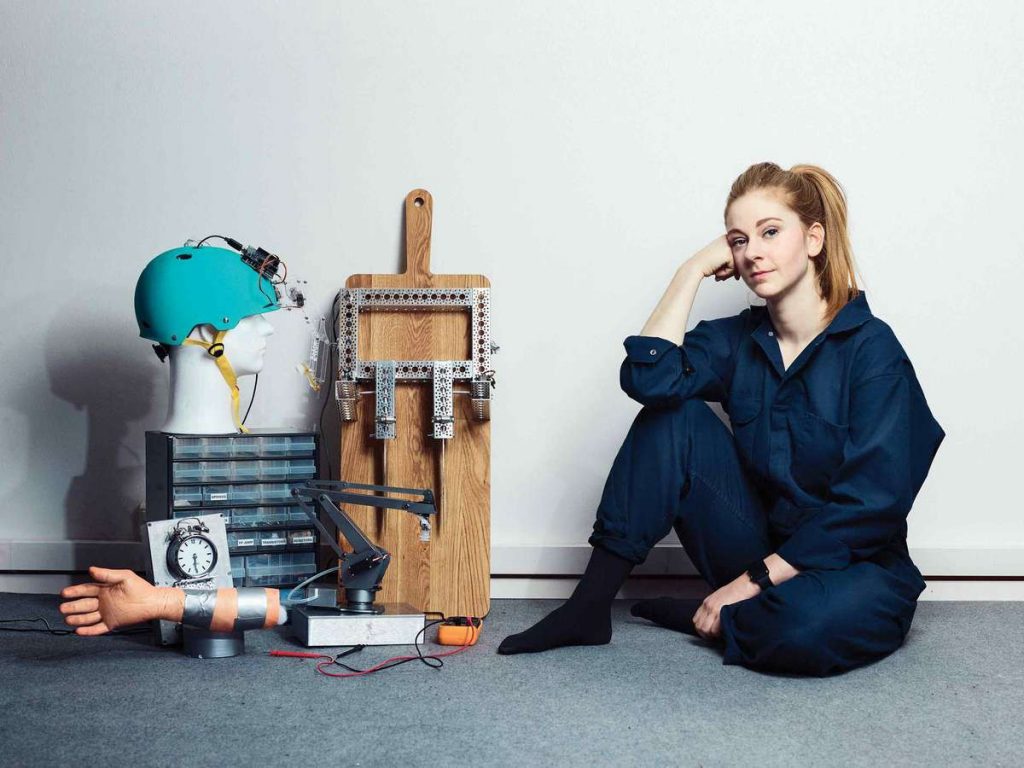 Simone Giertz with a few of her creations

Note: I’ve been writing Medium.com posts in the lead-up to the second-annual Brain Bar Budapest this June (did the same last year). If you’re in the neighborhood, this year’s lineup is awesome.

Comedy comes in lots of flavors — anecdotal, improvisational, insult, deadpan, sketch, satire, physical, and so on. Simone Giertz, through her own inventions, has invented another. Call it robotic comedy.

Giertz, 26, builds what she describes as “shitty robots” and has crowned herself their queen. Among the creations her 420,000 YouTube subscribers and counting have observed include a wake-up machine, a hair washing robot, a sandwich robot, a butt-wiping machine, a hair-cutting drone, and knives of doom. Vids of these and others have more than 20 million views. She co-hosts TESTED, founded by Adam Savage of MythBusters fame, with whom she created the popcorn helmet. She’s been featured on all sorts of websites as well as on The Late Show with Stephen Colbert and Conan. It wasn’t always this way. [more]