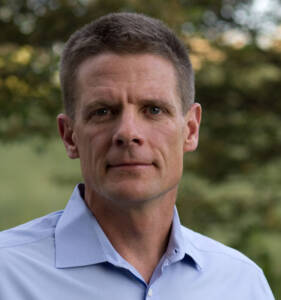 I’m a writer based in Denver, Colorado. My latest book, A Beard Cut Short, is a biography with a hint of memoir and a good deal of investigative reporting about John Rubadeau, my former University of Michigan writing teacher and eternal mentor and friend.

My previous book, The Laser That’s Changing the World (Prometheus Books, 2018), tells the story of the inventors and innovators who saw, and ultimately realized, the potential of lidar to help solve problems ranging from smokestack-pollution detection, ice-sheet mapping, disaster recovery, and, ultimately, autonomous-vehicle guidance, among many other uses.

My first book, From Jars to the Stars, the story of how Ball Aerospace,  evolved from an Indiana jar company and a group of students in a University of Colorado basement, managed to blast a sizable crater in the comet 9P/Tempel 1. It won the Colorado Book Award for History in 2012.

I formerly covered science and the environment for the Daily Camera in Boulder, Colorado, and have taught narrative nonfiction at the University of Colorado. I have been a Ted Scripps Fellowship in Environmental Journalism at CU, focusing on energy and climate change issues. I did a TEDxMileHigh talk about three very rich men and the legends surrounding their rise. One of the legends was entirely false, I found.

I graduated with a business degree from the University of Michigan, where I played soccer, and with master’s degree from the Fletcher School of Law and Diplomacy at Tufts University. Before becoming a journalist at the turn of the millennium, I was an IT and strategy consultant.  I write about a broad array of science, health care and business topics. My German is still fluent (was a high-school exchange student); my Japanese, once JPT Level 1-caliber (lived in Tokyo for three years), rusty.

When not writing, I play soccer, ski, mountain bike, read, parent, and allow myself to be bullied by an aged puggle I outweigh by a factor of seven.

I think the Big 10 and the SEC should merge into a megasuperconference called "Conference."