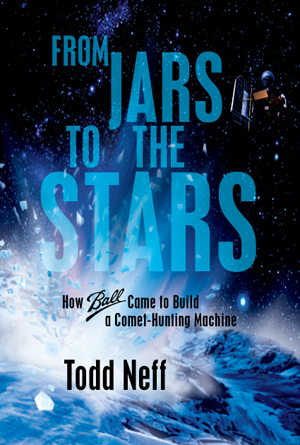 The Deep Impact Legacy Site’s video and animation page has everything from artist’s-concept animations to images and videos capturered by the Deep Impact spacecraft. It’s a smorgasboard, great for browsing, clicking and being surprised. But among the gems include:

The Deep Impact legacy site also has good bios of several team members, some of whom I write about in “From Jars to the Stars” and others — as is the case for the vast majority of the Deep Impact team — remain anonymous. The book has many characters, but they still represent a small minority of the vast team contributing to Deep Impact’s success. The technology, science and mission results pages also hold a wealth of background, too.

Also, NASA’s Kennedy Space Center has a page with dozens of photos and videos related to the Deep Impact launch. You’ll need Real Player to view it. Among my favorites are the animation of the Deep Impact encounter and the videos of launch and the jetissoning of the solid-rocket boosters.

An animation of the post-launch separation and de-spin as envisioned (but which didn’t quite happen as planned):

An animation, with commentary by Keyur Patel and Don Yeomans — in French!

The Deep Impact spacecraft’s view of the approaching comet:

Impact as viewed by the flybyspacecraft’s Medium Resolution Instrument:

Where the Deep Impact spacecraft traveled from January 2005 to November 4, 2010: