HomeBusinessElectricity pricing can be interesting. Really.

Electricity pricing can be interesting. Really. 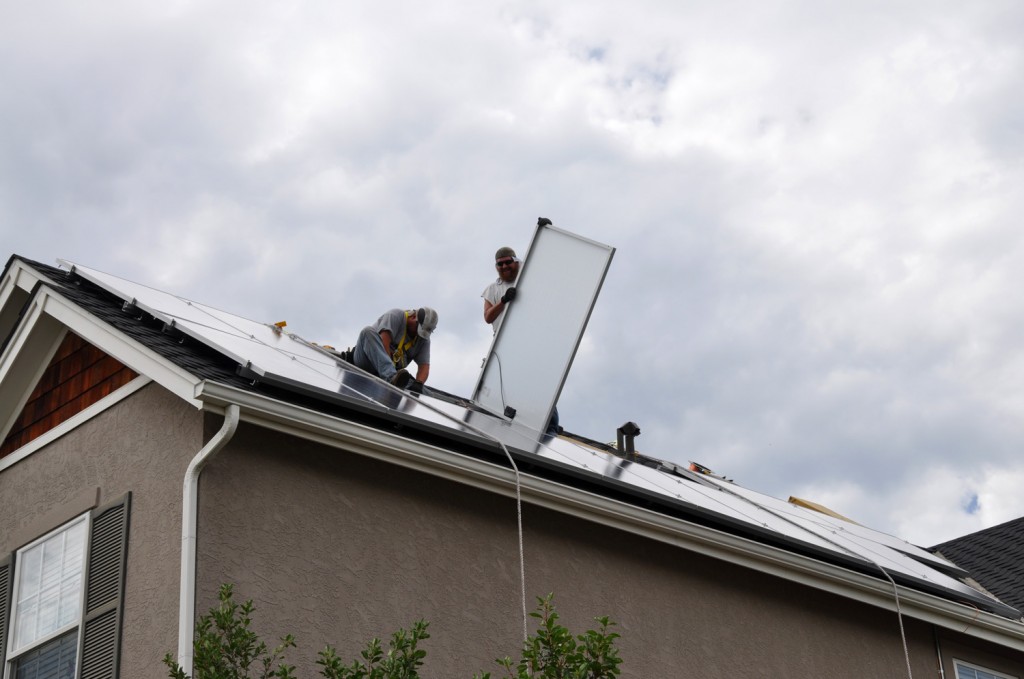 Our (or technically Sunrun’s) solar panels during installation in July 2010. Little did they know they would one day anchor a feature-article lead.

I’ve  done some writing for the Rocky Mountain Institute this year, which I’ve enjoyed because a) I have a ton of respect for Amory Lovins and his organization’s work (Natural Capitalism and Reinventing Fire being a couple of good examples). My latest piece, with a big assist from RMI editor Pete Bronski, posted today.

Pete called earlier this summer and said eLab, one of RMI’s many initiatives, was coming out with a report outlining a path to more rational means of pricing electricity in the United States. One’s first reaction to the idea of writing 2,000 journalistic words on electricity pricing should always be reluctance.

But within about 30 seconds on the phone I recalled that this is an important topic. It’s also a timely one, it turns out. States around the country are legislating, or considering legislating, added fees for solar and other renewable energy, which utilities say are needed because today’s century-old pricing approaches don’t reflect the system costs of solar (transmission and distribution, the need for baseload backup and so on). Solar proponents counter that they don’t reflect the benefits, either (environmental, peak-shaving and so on). So parties with very different motivations seem to agree that the system could use an overhaul, the outlines of which an RMI team sketched out.

So please spend 11 minutes reading  the story (that’s the RMI website estimate, and RMI people are pretty good with numbers).