HomeClimateSargassum as a metaphor for life

Sargassum as a metaphor for life 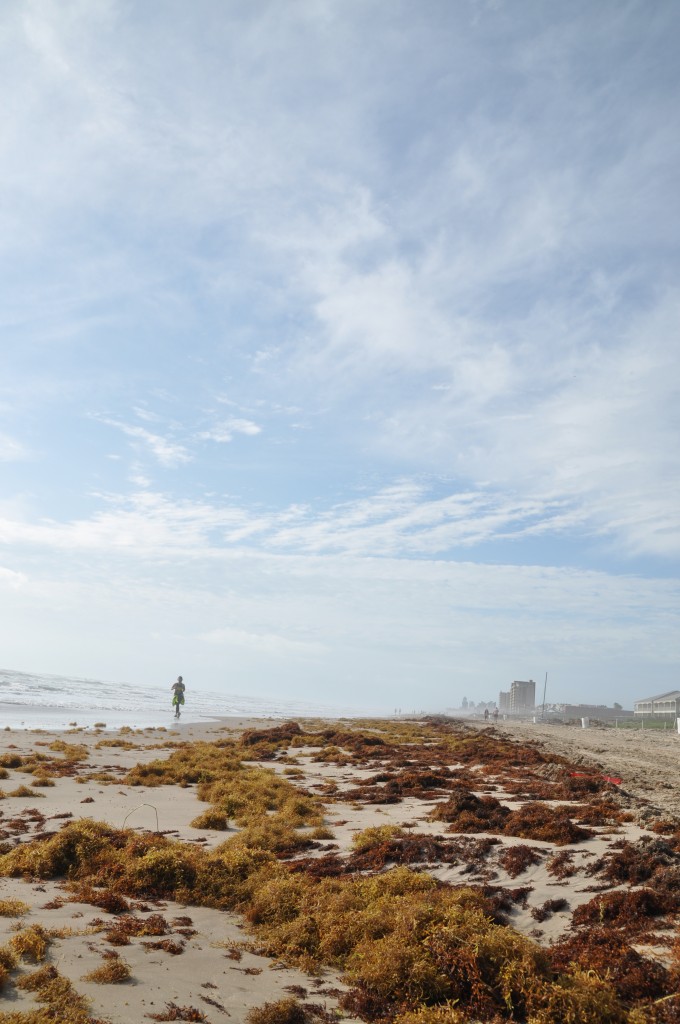 The path of least resistance is not always the most interesting.

The in-laws are Winter Texans, as this particular species of snowbird calls itself. So every year or two, we trek down to South Padre Island and spend a week on this strip of sand. I tell my daughters it will be gone by the time they’re old enough to be Winter Texans, swallowed by the rising seas.

I run in the mornings, timing it for sunrise, which is straight out to sea. Some mornings, like today, the clouds and mist form a wall of gray, wrestling the sun to a sort of draw in which daylight presses forward with gradual luminosity and no color.

South Padre’s is a wide beach, sand like silk underfoot. Surf rolls in frothy sheets, it’s emanations hazing up the condo towers at the distant flanks. In retreat, the tight sands resist absorption, and water flows back to the gulf like rain on a window during a deluge.

In the spring, when we come down here, the sargasso joins us. This is seaweed, greenish brown and red, collecting like clumped fur across 20 or so yards of vertical beach, ad infinitum. It is to the sand what foam is to the sea, rusting, static on the gentle beige slope.

I run in the beach. I can run high on the beach, which is softer and tracked with truck tires (some narrow and auto-like, from the white trucks that drive along, policing or detritus-collecting; others thick-treaded, belonging to the bulldozers whose Sisyphean job is to shove untold tons of sargasso into dunes high on the beach). I tend to go lower, toward the water, where it’s firmer and closer to the sandpipers and gulls making their living from the moon’s twice-daily gifts.

There is lot of sargassum in the way, and when I was running this morning I noted something about the accumulated seaweed. Some of it collected in extended clumps that were from any distance clearly nonnavigable. This was higher on the beach. Closest to the water, the sargassum had scattered, orphaned clumps like tiny shrubs with tenuous desert footholds. One risks soaking one’s running shoes here. Then in between, where the sand is firm and dry — the best place to run — the seaweed looks formidable from a distance, too. But once you decision to tackle it, up close, step-by-step, paths emerge that you can’t see from afar. The running is easier than you might have imagined, and more interesting, as there are little hurdles and unexpected barriers to be dodged or hurdled, introducing variety and a bit more exercise. And so the metaphor.