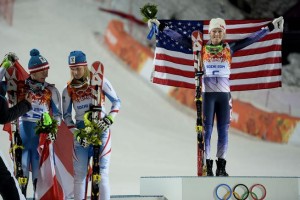 I write quite a bit for UCH Insider, the University of Colorado Hospital’s biweekly online magazine. Late in the game last cycle, folks in Anesthesiology mentioned that one of their docs had a daughter skiing in the Olympics.

His name is Jeff Shiffrin. He was en-route to Sochi when he got my email and was kind enough to respond to several questions in an email interview, which arrived in my inbox on Monday, Feb. 17.  With the goods in hand, I did a crash course on the Shiffrin family, the key document being a great New York Times piece Bill Pennington published in January.

Anyway, the interview with a rightfully proud father is here, and I figured, to celebrate Mikaela’s Olympic gold in the slalom today, we’d get it out to a wider audience.