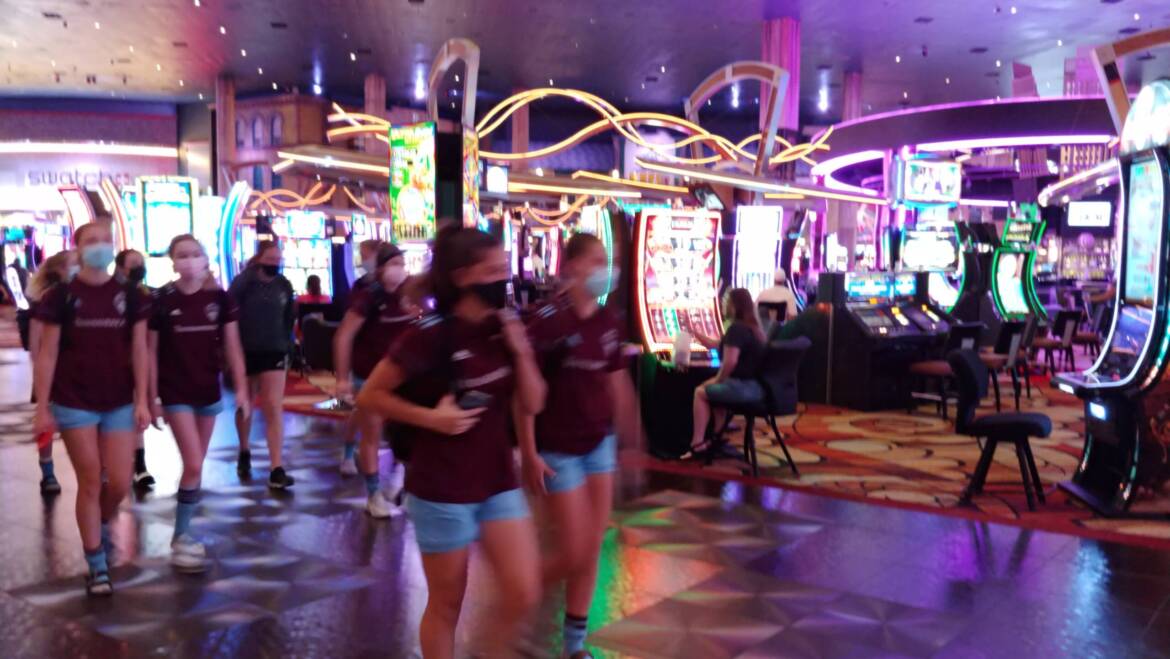 So you’re chaperoning a soccer team in Las Vegas 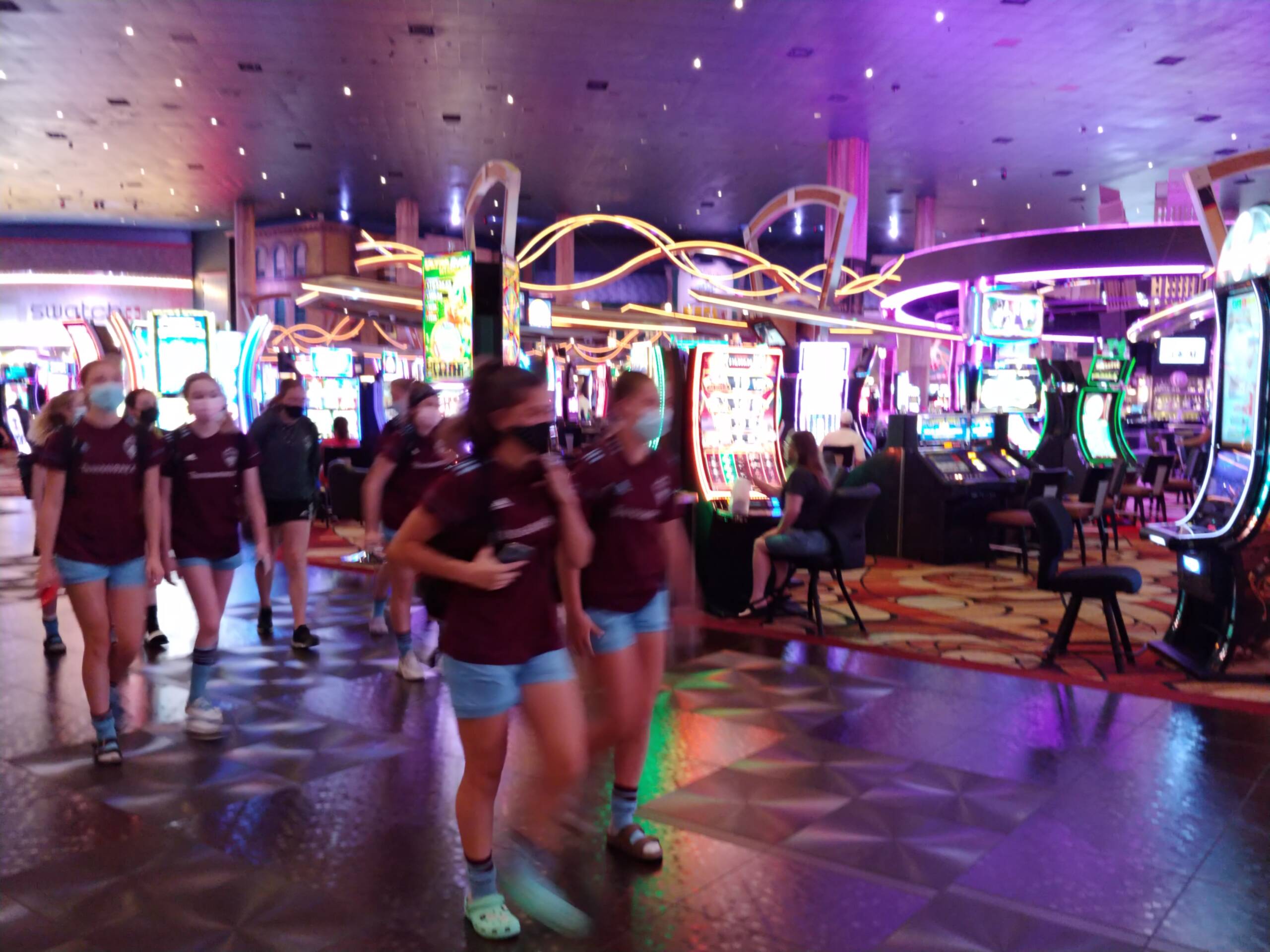 First of all, my condolences. But then, you will have the pleasure of watching several youth soccer games in succession, most likely under a ridiculously hot sun.

That aside, here are a few tips to make your stay more pleasant – and, perhaps, keep your players moderately nourished.

Given that these Las Vegas tournaments take place at fields seemingly all over southern Nevada, you may end up staying at a hotel on the strip. I write this from a hotel on the strip: New York-New York. In addition to soccer teams, this establishment seems to cater to a grittier demographic than, say, the Bellagio.

This fact will provide you, as a chaperone driving to soccer fields around southern Nevada, with the opportunity to discuss topics such as an allegedly egalitarian but definitively hierarchical society’s stratification into various economic and social classes. Your players will be most grateful for such enlightenment.

Speaking of driving, you’ll need to rent vans. We have 15-passenger Chevys for which did not purchase additional damage-waiver coverage. This makes every outing in these beasts riskier than dropping a hundy on “lucky” 7 at the roulette wheel downstairs.

Which is where, as I type these words, my fellow chaperone is. This brings me to an unwritten rule that, at a given moment before the team goes to bed, only one chaperone should be thoroughly intoxicated.

As far as food, my suggestion is to get off the strip. Einstein’s Bagels has a location about three miles away. The Bakers Dozen with Schmear times three will more than feed a girls under-16 soccer team, we have found. I just ate a bagel, in fact. It’s 6:35 p.m. One could serve bagels every meal, really.

Although there is a food court across whatever huge street it is that we’re on (Tropicana? Las Vegas Boulevard? Both?) – a street which, to cross on foot, one must take two escalators. We’ve sent the girls in packs to get lunch. This not only provides choice of food among a somewhat fickle demographic, but also absolves alternatively intoxicated chaperones from dealing with lunches. I would recommend doing this only with teams U8 and older.

For dinners, we picked up at Domino’s after a game that wrapped up at 9p (I looked up locations close to the fields and scheduled the pickup for roughly the final whistle). Also bought couple of bags of baby carrots and two tubs of precut watermelon at an Albertson’s supermarket a couple of doors down. I did forget to order cheese pizzas, mistakenly believing no one over the age of 5 eats cheese pizza. The veggie pizza (hold the onions) went fastest.

For snacks, find a grocery store – I went with Von’s down Tropicana across from UNLV. Safeway “membership” phone number works there. For snacks, I bought a bunch of honeycrisp apples, peanut butter, honey, sourdough, and sliced cheese and butter that have had to be stored in the stainless-steel ice container (no fridges in New York-New York). Also the standard granola bars and mandarin oranges. Each grocery run, one must by statute purchase enough Gatorades for one each per team member per game. Also picked up two pallets of drinking water, as the Las Vegas tap water, while within EPA limits, tastes somewhat like a small animal crawled in the cistern and expired (chaperones drank it dutifully).

We have booked a catered dinner for $25 a head at something associated with Planet Hollywood. (Editors note: it was passable, and the walk up the strip on a Friday evening was eye-opening for the troops.) For prepaying parents (this chaperone was also the treasurer, flight-booker, and van-booker; my fellow chaperone, presently intoxicated, dealt with the hotel), I had estimated $8 breakfasts, $12 lunches, and $15 dinners. I am reimbursing for the lunches at the food court.

But generally, for anything group-related having to do with food, you’re best to get off the strip. The chains are lightly staffed and heavily patronized, the waits long, the prices high. (We mass-ordered Denny’s on the strip the first morning, sidestepping a passed-out drunk with his right hand still on an empty plastic drink cup up on the walkway one accesses via those escalators; only a herculean effort by one of the very few staffers in the place saved our bacon, no pun intended.)

What else? Ah, when booking flights, choose, if possible, an airline with a solid presence at departure at destination. Last year, en route to a tournament in Phoenix, American Airlines completely screwed us because they have such a slight presence in Denver that they couldn’t staff a second crew when the first one timed out. We got stuck in an airport hotel in our hometown overnight. This year: Southwest.