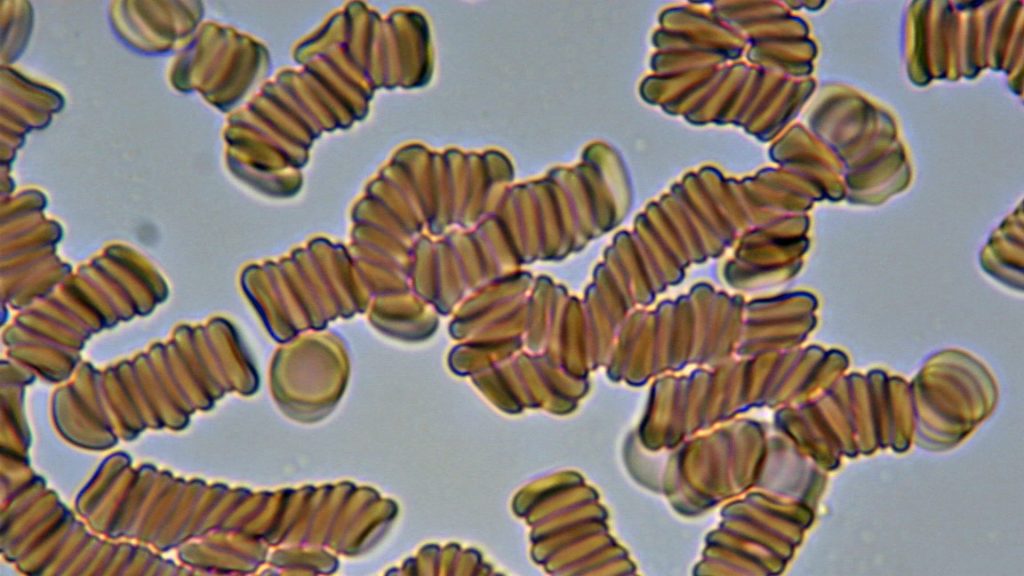 My 12-year-old daughter has generous grandparents. Her paternal grandmother inquired about Christmas-gift possibilities. My daughter came up with the idea of a microscope. Her grandmother was all over it.

My daughter’s grandmother’s father had given me a microscope when I was around the same age. I remember it well. There was a light that eventually burned out with a mirror on the flip-side. I had some prepared slides — bug legs and such. I remember attempting to manually adjust the slide, touching it ever so slightly and being surprised, over and over, as the object under inspection leaped far from the field of view. The optics weren’t great when the magnification ramped up. Ultimately its flaws grew tiresome, and I grew older and lost interest.

This microscope is a completely different animal. Probably, inflation-adjusted, no more expensive — a $244 LW Scientific Student Advanced number. But highly evolved from the brown thing I had as a kid. Smooth dials to move the slide around, an LED light, much heavier, crisper optics.

My daughter has prepared slides also–pancreas cells, heart-muscle cells and so on. But the real fun is stuff that’s alive. We collected some mossy, cold pond water and were astounded at the Wild Kingdom that appeared, just a cavalcade of critters, in the smallest of drops. No need to worry about her drinking from a stream, ever again.

Blood is another good one. The photo up top is my blood, taken with a an $80 attachment from Celestron. You replace the eyepiece with a 5MP digital camera and connect it to a laptop via a USB cord. This would have been difficult to pull off with my 1970s microscope, given the lack of USB, laptops and digital cameras. It lets you do your microscopy without holding one eye shut for extended periods, and it takes photos and video. I consider it a wildly successful purpose, though we’ve only had it for a 18 hours. 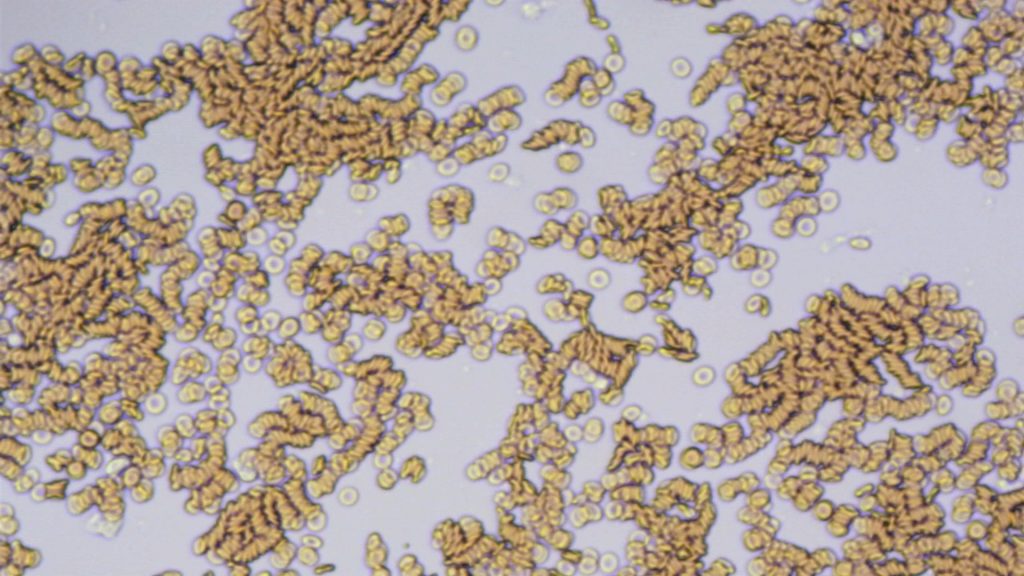 We also took it outside during a recent snow — light flurries. The microscope went outside, covered, a half hour before we planned to use it. We let snow fall on the slides, and checked the flakes out under the lowest magnification (30x). This was before the Celestron camera arrived, so we kludged photos using an iPhone. Still, remarkable. Chihuly looks amateur by comparison (and I’m a Chihuly fan). 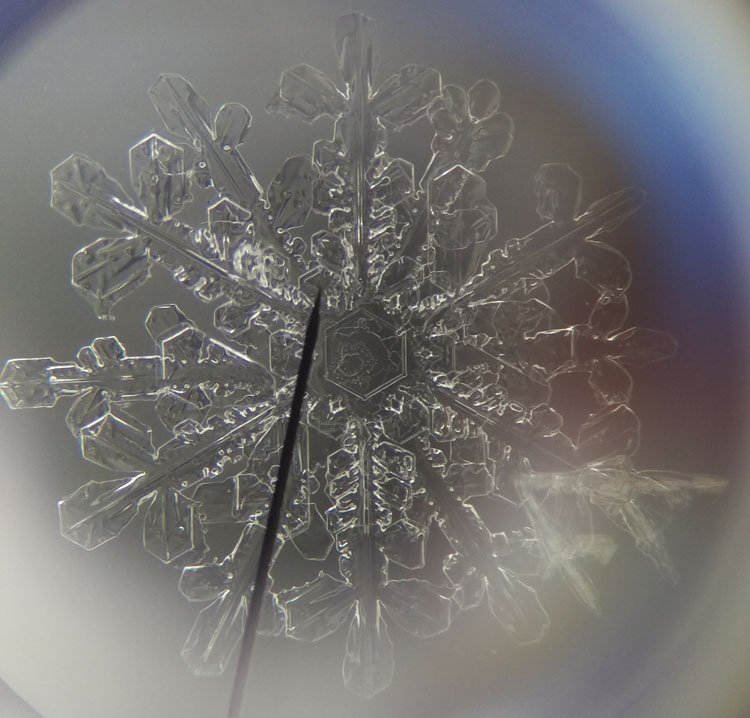 A snowflake at 30x magnification, taken with a cell phone camera though the microscope eyepiece.

Anyway, it’s cliche to say that microscopy opens up entirely new worlds. I think its biggest impact is psychological. You realize how much is going on that you’re oblivious to. You don’t often think about what it means that every cubic millimeter of your blood contains about 7 million red blood cells. Until you prick your pinkie, barely, with a safety pin you’ve heated with a lighter you got on the Greek island Santorini in 1994, bleed a small drop (to your daughter’s consternation — though she’s happy to check out the results), and see that your blood is a Tokyo subway car at rush hour. It’s a window into how much is involved in just one facet of one of the many systems keeping you alive.