HomeBlowing leaves, blowing $1.5 trillion with a... 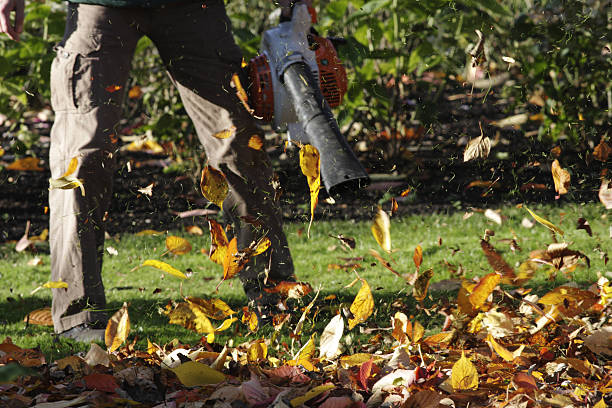 A rich guy blowing leaves turns out to be an apt metaphor for a lousy tax-reform plan.

I was driving the carpool home down east Sixth Avenue in Denver yesterday. This is million-dollar territory, grand old houses, big lawns. Huge trees with lots of leaves, both on the properties themselves and in the boulevard’s grassy medium, which is a solid 30 yards wide and a joggers’- and dog-walkers’ favorite. A guy stood at the edge of a lawn, probably in his early sixties, clearly a homeowner and not a landscape company employee. He had a leaf blower. And he was blowing the leaves from his lawn into the street.

I apparently said this out loud. My younger daughter, 12, in the passenger seat, looks up from her phone. “What?”

“Oh,” I said. “That guy’s blowing leaves from his lawn into the street.”

“It clogs the sewers,” I said. The light turned green and we rolled forward again. “And think about it. What if everybody did that? Just blew their leaves into the street. What if the guys who deal with the median did that? We’d be neck deep in leaves right now.”

We were witnessing a thoughtless, selfish act, if a trivial one. It struck me that it was exactly the sort of thing that the Republicans in U.S. Congress are doing at the moment, on an extreme scale. For their own good and that of their wealthy donors, they’re blowing $1.5 trillion dollars in borrowed green into the street for masses of less-fortunate travelers to sweep up at some point in the future.

Paul Ryan and colleagues are lying when they say they’re looking out for us with this tax reform plan (“us” in this case being the people they nominally — though not actually — represent). This tax cut benefits the wealthy. Yes, there are some middle-class breaks, maybe, for some short period of time. But cutting the corporate tax rate to 20 percent without closing loopholes (much less introducing new ones that could be even more costly) that many corporations use to bring their real tax rate well below 20 percent anyway – thereby increasing profits and raising stock prices… who do you suppose wins there?

The people who own the companies.

Who owns the companies? Shareholders.

But lots of people own stock, right?

Yes. But only about half of Americans. Guess which half? (Hint: it’s not the poorer half.)

The argument for tax cuts as economic stimulus, which Paul Ryan keeps parroting, is as laughable as the Laffer Curve. It failed under Reagan in the 1980s. It failed worse in Kansas in the 2010s. It won’t work now. Ryan knows this, of course. He just doesn’t care, because the people who gain are the people who pay his bills. Nor do most of his Republican colleagues in the House and Senate, apparently, never mind the White House itself.

Among the reasons trickle-down economics doesn’t work: the rich are piling troves of cash offshore, where it not only avoids taxes, but it also keeps  massive hoards from fueling any sort of useful economic activity, besides paying tax-haven lawyers at the likes of Mossack Fonseca, Appleby and so many others. Economist Gabriel Zucman told the Süddeutsche Zeitung that the global elite have parked an estimated $9.1 trillion in offshore tax havens, the USA Today reports. (That the Panama Papers and Paradise Papers stories appear to have no legs in Washington D.C. is a testament to the role of money in American politics. But when one percent of the human population controls 51 percent of the world’s resources, I suppose these things happen.)

In addition, the plan now is to wipe out the estate tax, which touches only the very richest families in the country (the tax doesn’t apply to estates worth less than about $5.5 million, so only about one tenth of one percent of estates are subject to it). It double taxation? No question. A “Death Tax?” Sure, whatever you want to call it. But can these families afford it? Is the perpetuation of a dynastic elite built on the toil and smarts of the dead a good thing? Does the Death Tax motivate the very-rich to give to causes beyond the gates of their communities before they die, rather than have the federal government do with it what the federal government will?

The great irony here is that the Republican leadership is willing to go $1.5 trillion further into debt to pay for it all, which will disproportionately burden future generations of the non-rich masses. If they could drag us further into debt to enrich their wealth puppet masters without requiring a single Democratic vote to do so, they no doubt would have.

Dems are derided as tax-and-spend. This is at least rational. Republicans, supposedly the fiscal hawks, now seem happy to spend without the tax part – spending money we don’t have, to benefit people who don’t need it, at the expense of the children of those who do. This is an upside-down, twisted world, where facts no longer seem to matter, just so long as you stay on message. The fact that it actually works – that we elect and reelect the sorts of people capable of such behavior and the policy monstrosities that emerge from it – is our own fault.

Meanwhile, the Republicans we as a body politic were foolish enough to put in high office blast their leaves into the streets, hoping nobody notices.