HomeBusinessRegs not the problem for oil business

Regs not the problem for oil business 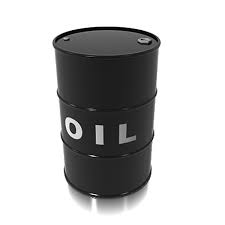 The incoming Trump administration and the oil and gas industry like to talk about the burdens of environmental red tape. But in Deloitte’s “reality check” of the top six issues facing the oil and gas industry in 2015, regulatory burden is absent. These are mostly big companies for whom compliance is a part of doing business and a manageable cost of operations. The entrepreneurs running wildcat operations aren’t strangers to this side of the ledger, either. And keep in mind that these companies, averaged over time (it’s a cyclical business, the world’s largest industry) make money hand over fist and can afford to do their part in minimizing the environmental impacts. For every Dakota Access Pipeline and Keystone XL, there are hundreds of projects that go forward unhindered.

Industry-bought statements by the likes of the American Petroleum Institute in the wake of the joint U.S.-Canadian protection of thousands of square miles of seas from offshore drilling that talk about the importance of these places for energy security – they’re a joke. Arctic offshore today accounts for about 0.025 percent of U.S. crude production. The Gulf of Mexico offshore produces 23 percent of all U.S. crude and basically all of the offshore production.

We won’t need it long-term, either. Electrification of the vehicle fleet will drive down domestic demand, meaning less oil will satisfy it over time, obviating the need to drill sensitive areas that threaten tourism and the environment (not even getting into global warming here).

Shell abandoned its drilling plans in the Arctic, where an oil spill would be catastrophic: imaging trying to clean up after a Deepwater Horizon catastrophe, but in 40 mph winds at minus-20, with no local fishing fleets or anyone else to help out (caribou being notoriously lazy). The industry would have to self-fund the entire cleanup infrastructure, even if they found a bonanza of oil, which Shell at least didn’t.

Exxon Mobil had a “rough” year in 2016, its net incoming falling by about half – still, it made $16 billion on $260 billion in sales. God knows what their regulatory costs were, showing up in various accounting buckets all over the world. But this company’s – and most oil companies’ – profits hinge not on the relatively minor costs of doing their part in keeping the planet more livable, but on the whims of global oil production and demand.