They found Randy Udall yesterday — he had been hiking alone on a remote trail up in Wyoming’s Wind River Range, a place he knew well. Poles were still in hand, the Denver Post reports.

“Randy left this Earth doing what he loved most: hiking in his most favorite mountain range in the world,” the Udall family said in a statement. 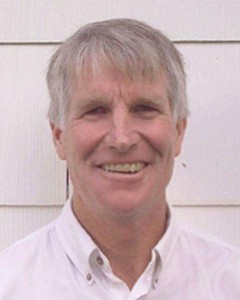 The initial AP stories on the search kept describing him as the “brother of U.S. Sen. Mark Udall, D-Colo.” This was necessary to distinguish the man from Mark and also cousin Tom Udall, one of Mexico’s U.S. Senators, probably — and also maybe from his dad Mo Udall, his uncle Stewart Udall, his brother Brad Udall…  there are many, accomplished Udalls to keep straight. This is an exceptional family.

I met Randy in 2006, when he spoke to a group of journalists on a one-week jaunt around the mountain states during an Institutes for Journalism and Natural Resources fellowship called the Energy Country Institute. Maybe 30 of us were gathered in a back room in a restaurant in Meeker. He had a PowerPoint presentation, but with few words. Just big, evocative pictures and a couple of graphs about fossil energy in the West. He called us the Oil Tribe, the strangest of all tribes. I have the presentation on my hard drive, though I’m not sure how it got there. Eighty megabytes. Nearly meaningless.

It’s nearly meaningless because Randy isn’t delivering it. Not just the content, but the man himself commanded attention. Big, lanky and wiry with a shock of hair just long enough to be unkempt, he spoke as if telling ghost stories around a bonfire. I sat next to him during dinner. He seemed worn down by the fight. He was worried that we’d burned to much already, and that we were going to be burning much more. That was seven years ago, before fracking had exploded.

I interviewed him a few times while I was working at the Daily Camera and on and off after that. Saw him present at an ASPO-USA conference in Denver. Mostly I read his stuff on oil shale, on fracking. He was known as an energy advocate. But he was really a poet — the West’s great energy poet, the best communicator on the issue there ever was.