The alleged, though really no-longer alleged, Aurora theater shooter’s apartment building was a busy place today, hours after James Holmes shot 71 people, killing 12 as of this posting. Another five are in critical condition at University of Colorado Hospital.

I put “siege” in quotation marks because Holmes is in custody, and will, in all likelihood, be unable to reclaim the accouterments of his strange, short, unwelcome life in greater Denver, such as his “Anchorman” poster, his tripwire, and the bottles of volatile liquid the wire is apparently connected to.

I was at the hospital this afternoon, reporting a completely unrelated piece my mind wasn’t really on, and swung out to the corner of Peoria Street and 17th Avenue to take some shots of the scene. As of this evening,  Aurora Police had evacuated 5 apartment buildings surrounding Holmes’s booby-trapped apartment. They were planning on shutting down Peoria Avenue also. As I mentioned earlier, I know the area well, and ride my bike past this apartment buildling when I report stories at the hospital. Photos (pardon the redundant captions – straight from the IPTC files); consider them creative commons if you care to poach, though please credit me:

The intersection of Peoria Street and 17th Avenue the afternoon of July 20. Streets were blocked surrounding the alleged mass murderer James Holmes' apartment building. University of Colorado Hospital treated 23 of the 71 victims of the July 20, 2012 mass shooting at the Aurora Mall's Century 16 Theater. 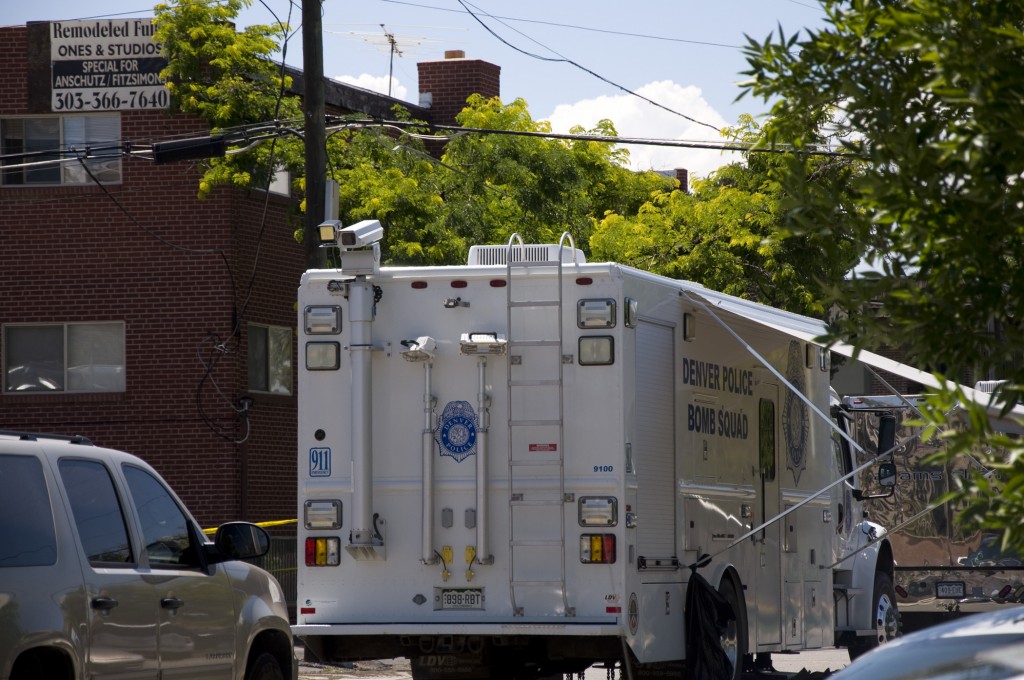 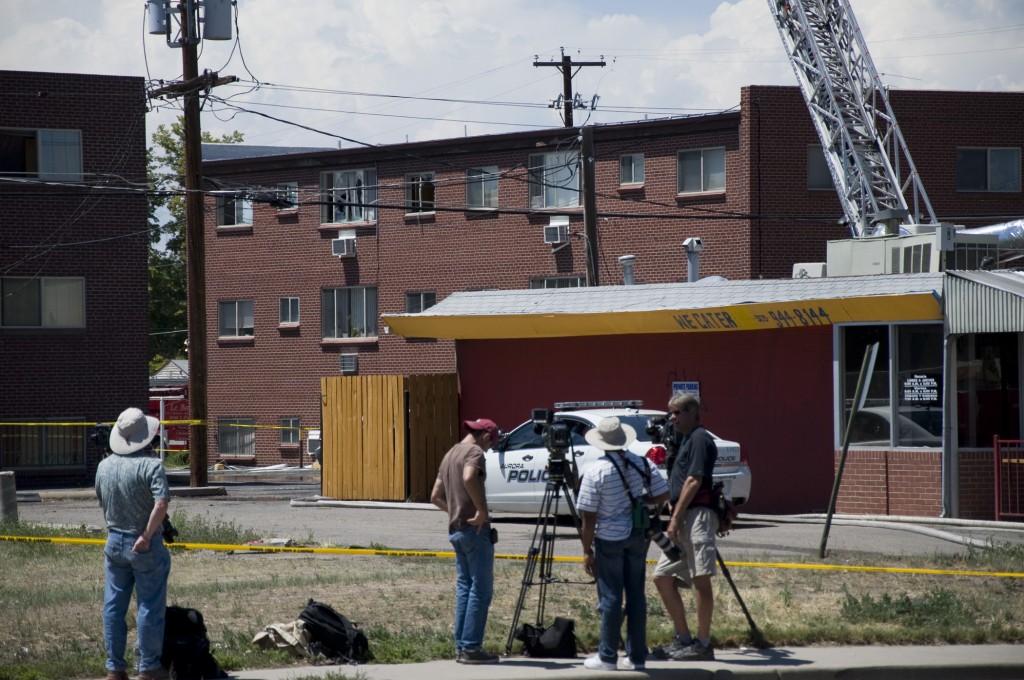 Camera crews look to the broken apartment windows of of James Holmes. 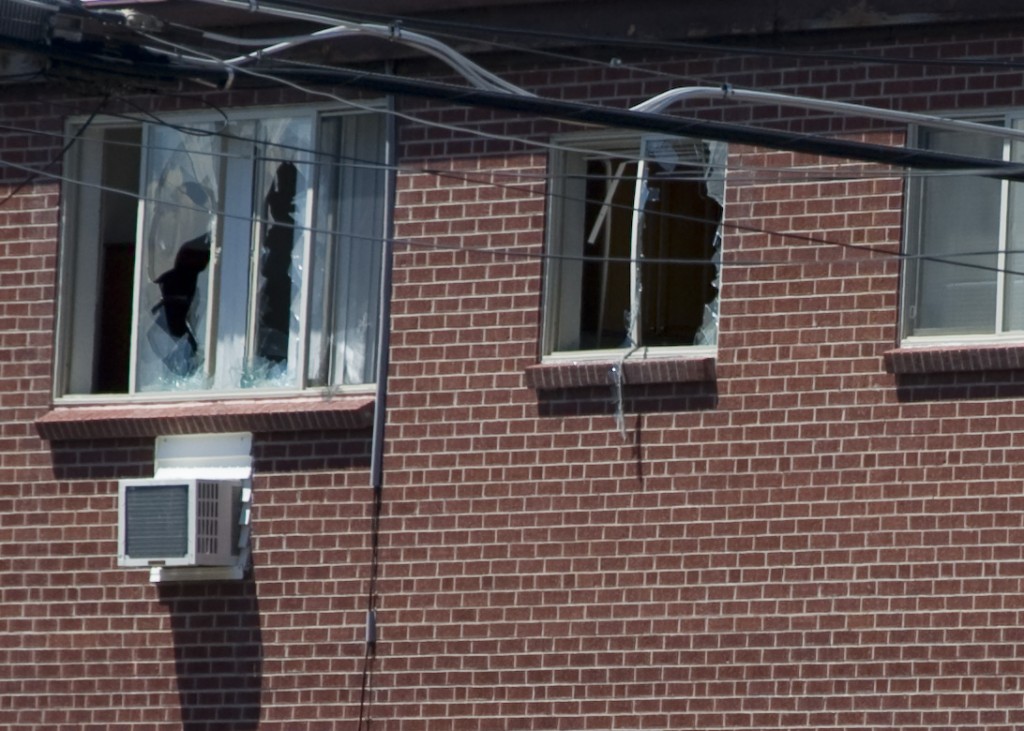 The broken windows of the Aurora theater shooting suspect the afternoon of July 20, shattered by police who determined that it had been booby trapped. Police and FBI agents broke the windows to take photos with cameras on booms. 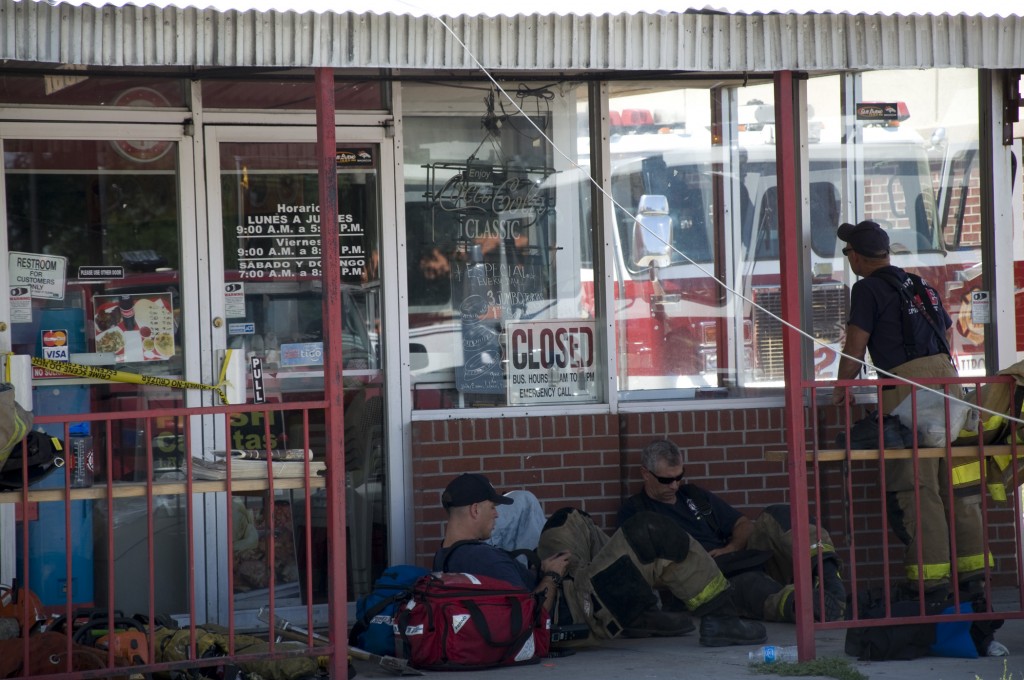 Firefighters seek shade under the awning of a closed taco shop on Peoria Avenue amid 100-degree temperatures the afternoon of July 20. Streets were blocked surrounding the alleged mass murderer James Holmes' apartment building. University of Colorado Hospital treated 23 of the 71 victims of the July 20, 2012 mass shooting at the Aurora Mall's Century 16 Theater. 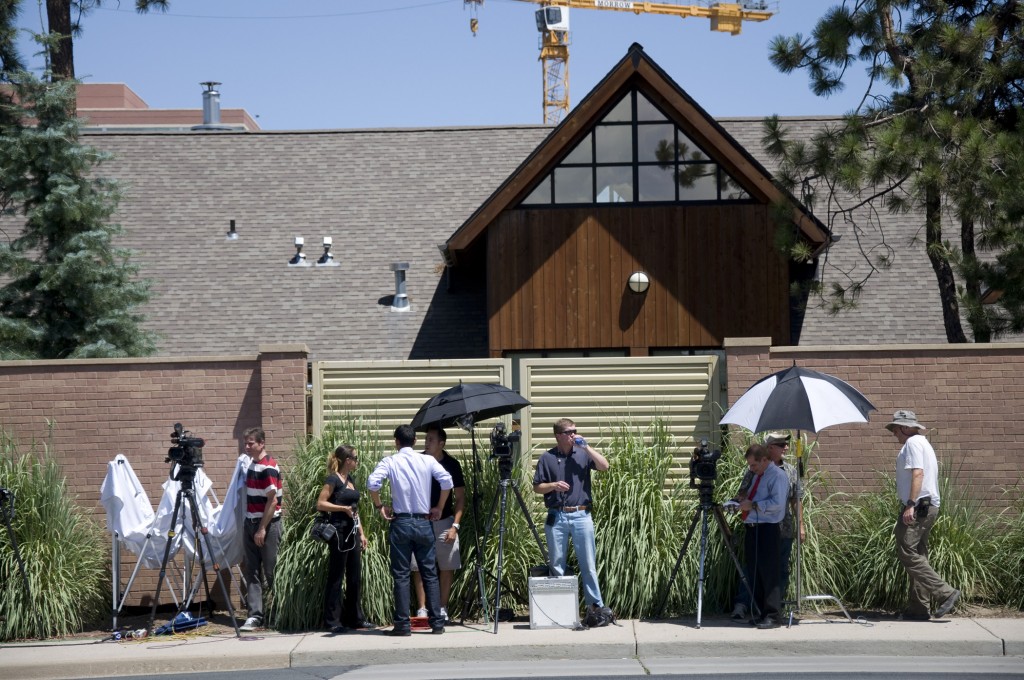 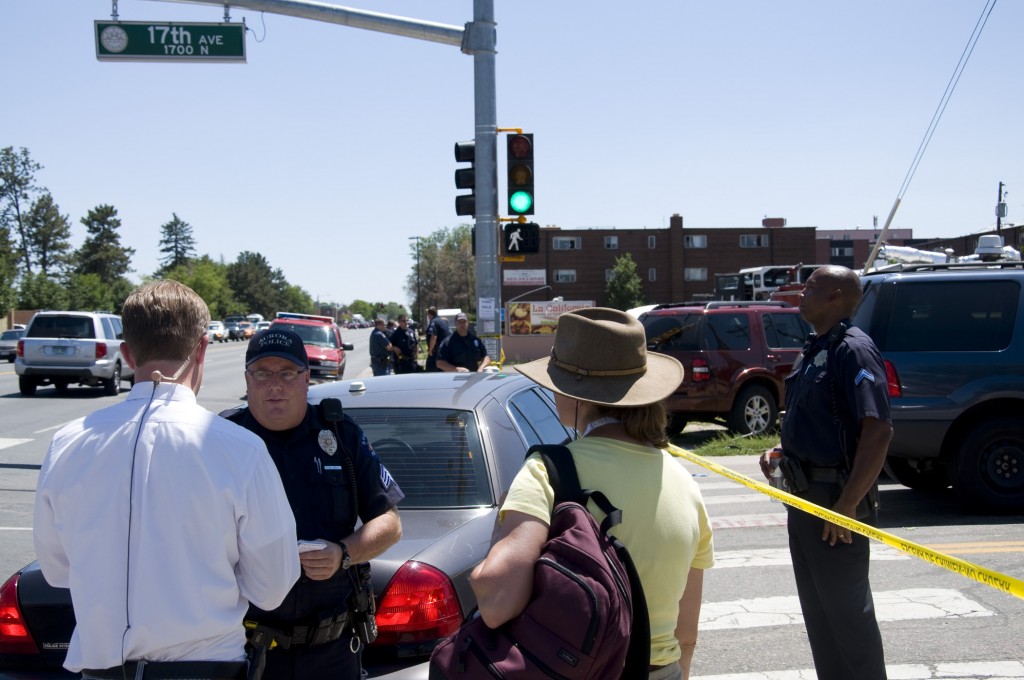