The U.S. Department of Interior’s decision to limit land leases on oil shale — a euphemism for rock mixed with kerogen with the energy content of french fries — was wise. I wrote up a story pitch after the Bush Administration decision to vastly expand oil shale leasing  in 2008; it offers some perspective on the new approach, which reflects Interior Secretary Ken Salazar’s skepticism of the energy source.

In brief, Interior simply said if Shell and others in the oil business can prove that the costs, water and energy inputs, and environmental damage associated with isolating and cooking —  to like 700 degrees F, for 2-3 years — all that buried kerogen is worth it, then the government will reconsider opening up some portion of the Bush cadre’s 2-million-acre gift. Until then, you’ve got 722 square miles (ten times the area of Washington D.C.) in three states to prove your case.

Doing otherwise is like reserving vast bodies of water for hydrogen fusion startups. 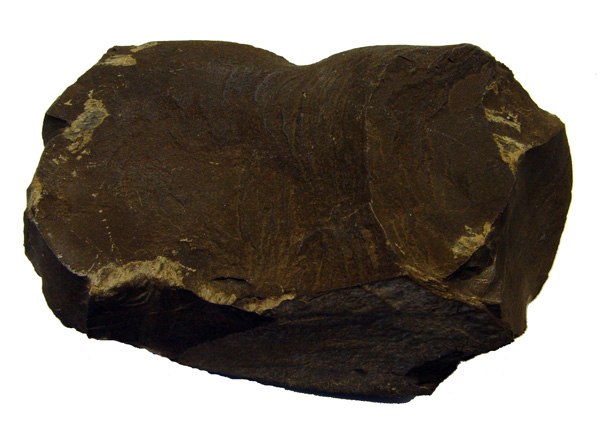 The usual cacophony of oil-bought politicians are expressing outrage. But any claims that oil shale is a realistic fix for our petro-addiction must be taken with extreme skepticism. The Center of the American West did a great write-up on oil shale five years ago, still valid today. And here’s my pitch:

For a century, petroleum reserves triple the size of the Saudi Arabian hoard thwart repeated attempts at its harvesting. Then an obscure scientist at a major oil company comes up with a better way. From solid black rock more than a thousand feet beneath desolate and parched mesas bubbles up crude so light and sweet refineries hardly need to touch it — hundreds of thousands, even millions of barrels per day. Enviros and statisticians skulk back to their yurts and cubicles; with ingenuity and pluck,Americacan indeed drill its way out of its oil problems.

It sounds too good to be true, and it probably is. Still, Royal Dutch Shell and others are selling their oil shale dreams, and the federal government is buying them. Shell’s Mahogany Research Project, into which the company has poured an estimated $200 million, gets its name from the “mahogany zone” shale of western Colorado, where each ton of rock could yield a barrel of oil or more — a million barrels per acre, geologists say. Small test plots have shown Shell’s “In Situ Process” of cooking oil shale where it lies really does work.

In late November, the Bush Administration issued its midnight regulations related to oil shale. They established, among other things, an initial royalty rate of just 5 percent, amounting to a subsidy of billions of dollars. U.S. Sen. Ken Salazar, (D-Colo.) called it a “pittance.” Gulf of Mexico oil platforms pay royalties of 18.75 percent. Underground coal mines pays 8 percent. The new rules have oil shale royalty rates inching up after five years of production, until they match the 12.5 percent onshore oil and gas drillers pay. But the new rules don’t mention that Shell’s new process can extract its million barrels per acre within two years of opening the tap. The regulation also erases minimum lease sizes, such that oil companies could exploit entire leases, one after the other, without ever paying more than this “pittance.”

The Bureau of Land Management formulated its rules despite oil companies’ refusal to disclose production cost estimates or their proposed water or electricity needs, which would be gargantuan should oil shale make a dent ravenous U.S. consumption.

Republicans including Newt Gingrich and Orrin Hatch trumpet oil shale’s potential and want to start pumping ASAP; Democrats, take pause at the technical uncertainties and potential environmental damage and generally want to take things slow. Fortune and other business publications fawn over the Shell technology and the limitless potential of geologically half-baked oil reserves beneath the sagebrush deserts of Colorado,Wyoming and Utah. The Bureau of Land Management plans to open nearly 2 million acres of federal land, an area roughly the size of Yellowstone National Park, to oil-shale leasing. BLM Director Jim Caswell says the 800 billion barrels of shale oil could “meetU.S. demand for imported oil at current levels for 110 years.”

That would, of course, mean cooking enough kerogen to extract some 13 million barrels of oil per day — an impossible volume. The BLM’s recent environmental impact statement lays out its substantial environmental damage estimates based on a 200,000 barrel-per-day industry. A RAND Corporation study for the U.S. Department of Energy study views a 1 million to 3 million barrel-per-day out as possible major-league production numbers. For perspective, the Gulf of Mexico produce about 1.4 million barrels per day; Alaska yields about 700,000 barrels per day; and the entire United States pumps about 5 million barrels per day. If oil-shale development happens, oil companies will make a fortune as the hunting town of Meeker, now in “a dusty corner of northwestern Colorado,” as Fortune put it, morphs into a high-desert Houston.

There would be benefits. Domestic oil shale production would improve trade balances and slow the flow of dollars to hostile petro-states. It would raise tax revenues and create thousands of jobs. But the consequences could be staggering.

Shale production could suck arid western Colorado dry. It would bring land devastation well beyond that of the drill-pad-pocked landscapes scarred by the Wyoming natural gas boom. Powering the heaters of a million-barrel-per-day oil shale operation would mean doubling Colorado’s current electricity production. Even if oil companies eventually harness the natural gas derived from extraction, it would take a dozen behemoth fossil-fuel power plants generate the electricity. There would be transmission lines, pipelines, countless trucks and rigs and the utter devastation of the lands unfortunate enough to overlay the shale. All this to get at rock with the pound-for-pound energy content of potatoes. Randy Udall, a western Colorado energy expert and oil shale critic has quipped: “If someone told you there were a trillion tons of Tater Tots buried 1,000 feet deep, would you rush to dig them up?” (His brother Mark, a Democrat who this month won the open Colorado U.S. Senate seat, supports “a responsible process for oil-shale development.”)

Indeed, shale’s energy content per pound of raw material just two thirds that of wood, 40 percent that of coal, and 20 percent that of conventional crude oil. Its extraction would deliver only about three times the energy required to wrestle it from the ground — with estimates as low as 1.2 times as much. That’s comparable to corn-based ethanol, a fuel much maligned for its paltry energy return on investment. The RAND study concluded that even a massive operation would have little impact on energy security or global oil prices. What’s more, shale oil’s extraction and eventual consumption would pump perhaps half again as much carbon into the atmosphere as conventional oil.

Seventy percent of our richest oil-shale reserves are on federal land. Before the country agrees to oil shale, taxpayers should have the full story.